April showers bring May flowers… but May hailstorms bring costly home insurance claims in many parts of Canada! May is the beginning of hail season in Canada, and hail season costs Canadian insurance companies millions of dollars each year (sometimes even billions!)

In this article, we’re taking a look at some important facts that adjusters and insurance companies should know about hail in Canada, some of the most costly hailstorms in recent Canadian history, and how the insurance industry has adapted due to these storms.

Keep reading until the end of this article to find out how you can reduce claim costs should a costly hailstorm hit your policyholders this year.

Facts About Hailstorms in Canada Here are some important facts and statistics on hailstorms in Canada that will help you understand the most commonly affected areas and the gravity of the issue in Canada.

The Most Expensive Hailstorms in Canada

Compared to policyholders throughout the world, Calgary policyholders are among the most at risk for property damage due to hail. The three most devastating hailstorms in recent Canadian history all took place in Calgary and the surrounding area and left insurance companies with costly bills to foot.

The following three Calgary hailstorms resulted in insurance payouts of over $2 billion.

The largest and most expensive hailstorm in Canada was the Calgary, Alberta hailstorm on June 13, 2020. This natural disaster was reported to single-handedly cost more than $1.2 billion in insured damages and was the fourth costliest natural disaster in the history of Canada.

The storm affected policyholders throughout Southern Alberta, with policyholders in Northern Calgary, Airdrie, and Rocky View County receiving the most damage. The storm damaged over 70,000 houses and vehicles, with many facing major damage due to hailstones the size of tennis balls hitting the ground at 80 to 100km/hr.

The storm not only resulted in a lot of insurance claims, but the extent of the damage also left many Canadians displaced from their homes.

A few years before the 2020 Calgary hailstorm, a different Calgary hailstorm held the title of the costliest hailstorm in Canadian history. On August 12, 2012, Calgarian policyholders were faced with a 10-minute hailstorm with hailstones reported to be approximately the size of golfballs. Two days later, a similar storm battered the city and resulted in further damage. Together, the two storms resulted in $552 million in insured damages.

Reducing the Impact of Hailstorms on the Insurance Industry

The data on the costliest hailstorms in Canada suggests that hailstorms are only getting more devastating and expensive as the years go on. Due to climate change, experts anticipate that we will see even more severe weather events and natural disasters in the next few years.

So, how are insurance companies addressing the rise of hailstorms in Canada? What has been done, and what can be done to reduce adjusters’ workloads and claim costs due to hailstorms? We’ll address these questions in the following sections.

Cloud seeding is currently one of the only strategies to reduce the amount of property damage caused by hailstorms. As a form of weather modification, this process aims to change the amount or type of precipitation that falls from clouds. In response to costly hailstorms, many governments and insurance companies have sponsored cloud seeding. The goal is to turn large, hard hailstones into smaller, softer hailstones that will create less damage to properties.

Although it’s difficult to prove the effectiveness of cloud seeding, it has been done with varying levels of success in previous years.

In response to severe weather events such as the 2020 Calgary flood and the Fort McMurray wildfire, the Insurance Bureau of Canada (IBC) deployed a virtual insurance guidance program called the Community Assistance Mobile Pavilion (CAMP). This national program is designed to help local policyholders get the insurance information they need following natural disasters.

Severe weather events are not only costly, but they can also cause significant stress for policyholders whose properties are affected by the storm. Stressed policyholders can also increase adjuster workloads. Adjusters need to address the concerns of their policyholders while also managing claims. IBC developed CAMP to make it easier for policyholders to get the help they need. The program is staffed by insurance experts prepared to support policyholders who have suffered property damage. This takes some of the pressure off of adjusters while increasing the satisfaction of policyholders.

Another way insurance companies can reduce the workload of adjusters and improve customer satisfaction during hailstorms is by submitting claims with Accomsure. Depending on the severity of the storm, your policyholders may experience severe damage to their property and the inability to spend the night in their home. In cases like these, Accomsure is here to help. We can manage your policyholders’ immediate need of finding temporary accomodation and work within their policy limits to help reduce claim costs.

The next time disaster strikes, Accomsure is prepared to provide your policyholders with the help they need so you are free to focus on the claim. Visit our website to submit a claim or contact us to learn more. 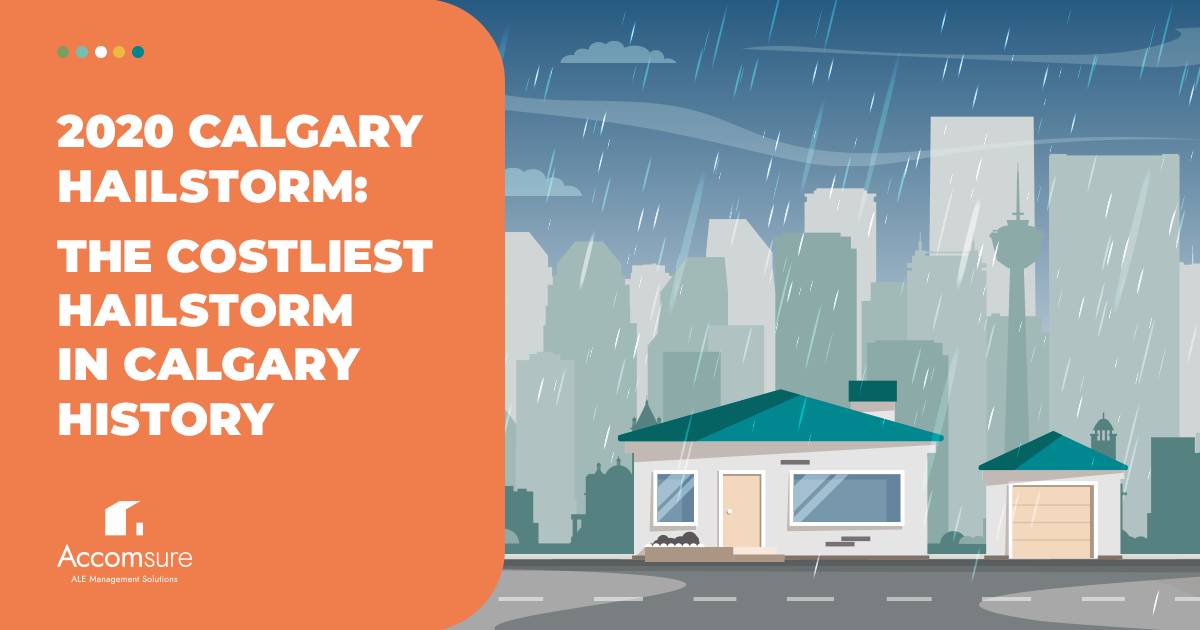